The Best Bulldog Brother on Earth 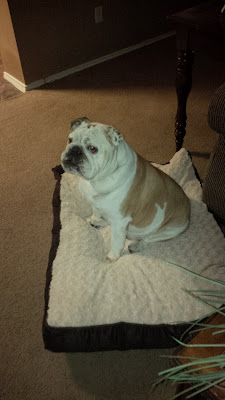 Katy's Greek Hero, loving known as Hercules or Herk the Jerk Mueller, was born on April 2, 2004 to Hammond's Monty Cristo and Russell's Raging Reba. He comes from a long line of champion bulldogs and even holds a first place blue ribbon of his own.....however, to us, he is simply THE BEST DOG ON EARTH. 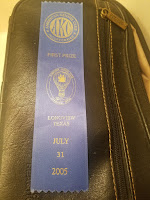 Herky came to live with us in 2006, but we officially adopted him in 2008 from Steve and Cyndi Laster. Hercules was quite the ladies man in his younger days, as he was a real stud, and fathered many children.
He always got excited if he saw a rubber glove ( bulldogs can't mate in the traditional way and need assistance) without getting extremely happy.
Hercules  loved a good sun bath, a trip to the parlor for pampering, a long belly rub and hot cheetos. He also loved getting brushed on his backside  and nibbling or "corndoggin'" the kids arms (like corn on the cob) when he was being playful. He hated Halloween Masks and not being the center of attention. He rarely barked, but when he did it was for one of those two things.He made us feel safe and was always underfoot. He had horrible gas and he slobbered a lot, but his "dirty dog" kisses will not be forgotten. 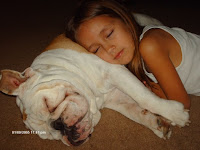 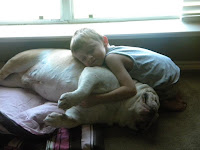 He is survived by his people, Melissa & Jason Mueller, Mckayla & Mason Espey, Olivia, Victoria, Gabriel Mueller (Gabriel has never lived on the earth without his "brother") and his Grandfather, Ruben Dominguez. He also leaves behind his fur sister, Rowdy Rhonda Mueller and Dasher the Wonder Cat.
Waking up to a world without him will be heartbreaking but we are thankful, that of all the people, we were chosen to love and be loved by this magnificent soul. He is all the things you could ever wish for in a friend and he will forever be a part of our family. 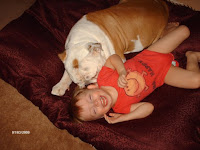 Tomorrow we will be beside him as he makes the transition to everlasting life, unlimited sun bathing opportunities, and a never ending supply of hot cheetos....we hope that he will be welcomed as the Champion that he is.

In dog years, Hercules would be nearly 91 years old. He has loved us without condition and supported us through births, deaths, separation, laughter and tears. If you wonder how a bulldog lived so long, Gabriel will tell you its because; "He's living on Love" and I think he is totally right.

We thank you Hercules for being our dog. There will never be another you.

We miss you already. 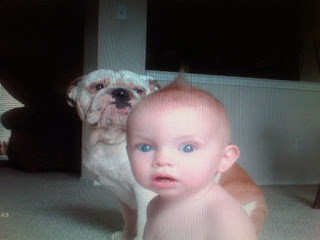 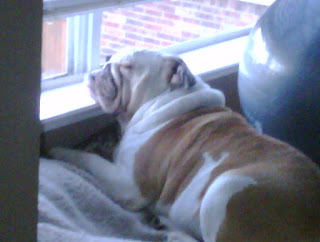 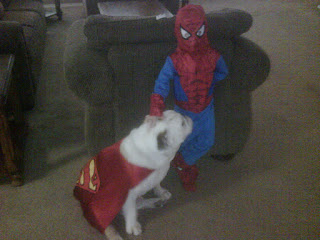 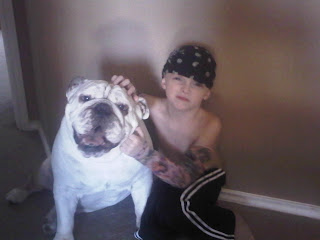 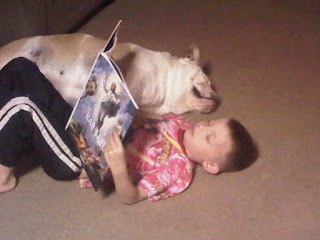 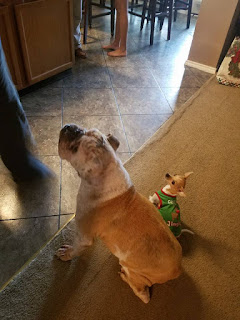 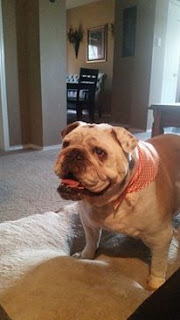 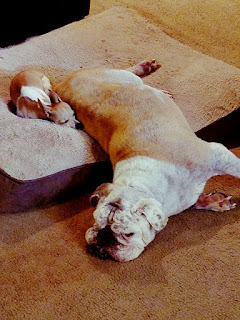 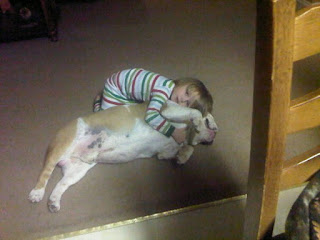