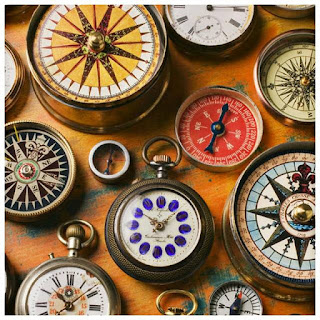 I have been asked more than once about the reason I decided to choose the name North Dallas Doula Associates . For the last 18 years I have served all over the DFW metroplex and on a few occasions considered dropping the word North.... but then I remind myself of the meaning behind my initial choice and decided the New Year was as good a time as any to share my heart with you!

The word North has nothing to do with the geographical location on the map in this instance, but instead, was chosen in reference to True North.

The meaning of "True North" according to Merriam-Webster is as follows:
north that is calculated by using an imaginary line through the Earth rather than by using a compass :  the direction that leads to the North Pole.
To most True North is a navigational term,but to me it is a symbol of my true self. A point of steadfast orientation when the rest of the world spins constantly around me. True North is the pull, much like gravity, that will always lead me in the right direction. It is my guiding force, my alignment toward my own authentic, sacred path. It is my gut instinct, it is the little voice inside my head, it is my innate self.

I feel that my journey to finding my own True North has seen challenges and rewards. It  has allowed me to be more conscious of my own internal navigation system and  more trust worthy of my divine destination. It has placed me in the right time, at the right place with people who I am certain needed me...and/or vice versa. 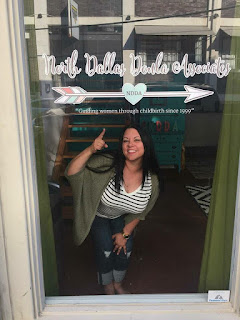 So, when I was brainstorming many years ago about what I would choose for a business name, I decided that I had to include the word North. The meaning was important to me because when I found my true calling as a doula, I also found my own true north. It was when I became a servant of women that I genuinely began serving my purpose and sharing my God given gift.

I believe as a doula, and most importantly as the owner of the BEST doula practice in Dallas, that we are all servants with a shared purpose. A doula serves as a guide that helps a woman discover her own journey. Our job is to support her in trusting her own powerful internal compass while she finds her own true north. It is not our job to direct her in a certain direction but instead to help her find her own sacred path, be it ever so bumpy.

In fact, we would be doing her a terrible disservice if we tried to pull a woman away from her own gravity.

We, as doulas, must not share our own map or compass....but instead put all our trust in her.

And so... the word North will remain as a part of us, steadfast like the North Star, guiding explorers when all other landmarks have vanished; encouraging them to rely on the beacon of light that is, and has always been, within us all.